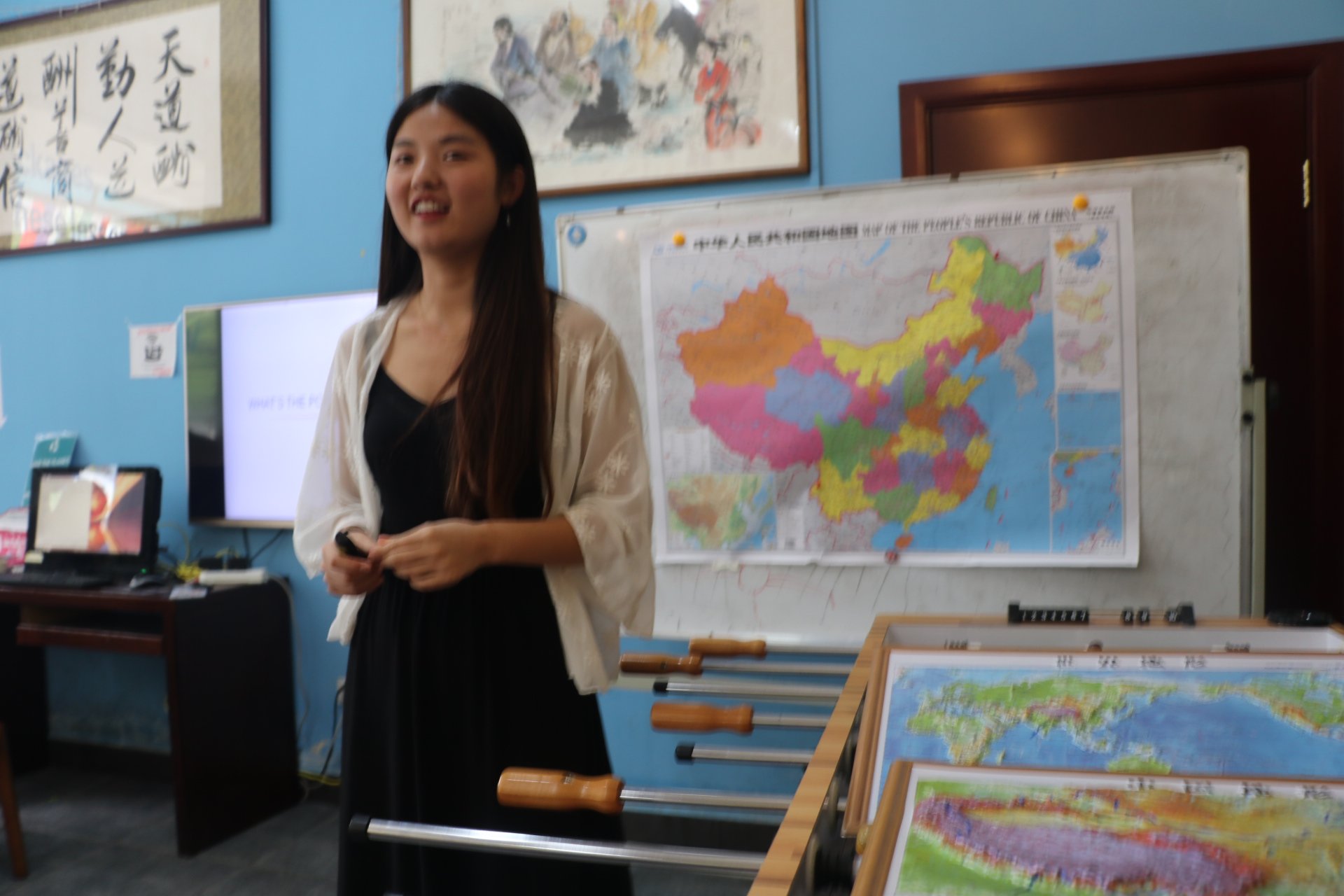 On Wednesday, our Chinese Academy organized a Chinese geography class. China is located in Southeast Asia along the coastline of the Pacific Ocean. It is the world’s third largest country, after Russia and Canada. Our Chinese teacher, Rose, gave a vivid presentation about the landscape and food of each region.

With an area of 9.6 million square kilometers and a coastline of 18,000 kilometers, its shape on the map is like a rooster. It reaches Mohe in Heilongjiang Province as its northern end, Zengmu Ansha (or James Shoal) to the south, Pamirs to the west, and expands to the eastern border at the conjunction of the Heilongjiang (Amur) River and the Wusuli (Ussuri) River.

Although the physical features are as described, people tend to divide China into four regions. Namely, the North, South, Northwest and the Qinghai-Tibetan areas. Because of geographical differences, residents of each region have distinctive life styles and customs.

China has numerous rivers and lakes. According to statistics, more than 50,000 rivers have drainage areas that exceed 100 square kilometers. More than 1,500 rivers exceed 1,000 square kilometers. These rivers can also be classified as exterior and interior rivers. The Yangtze, the longest in China and even in Asia, is the third-longest in the world. The Yellow River, “Mother River of the Chinese People” is just behind the Yangtze. Both of these rivers flow into the Pacific Ocean. The Yarlung Zangbo River belongs to the Indian Ocean water system, and the Irtysh River to the Arctic Ocean. On the other side, the interior rivers drain less area than the exterior ones.

The China map puzzle helped students learn about Chinese geography. Colorful pictures of animals, plants, and other natural features mark each area of the country. Students can see where pandas come from, and where you can find camels, tigers, and other interesting animals. Of course, as a reward, the best group won some delicious snacks.

China has 33 provincial level administrative units. You may have heard of well-known ones like Hong Kong and Beijing, but may not have heard of many others. Learning all of them is a daunting task, but this puzzle game is very helpful. After students take this Chinese geography quiz a couple of times, they will find that it is far easier to keep all the names and locations straight.

Study in China | How to Prepare