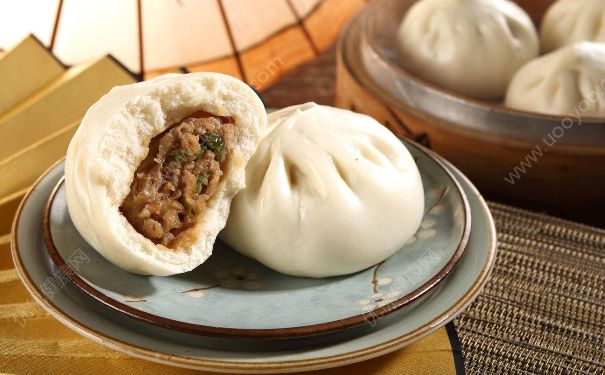 Baozi (Chinese: 包子, pinyin: bāozi) is a type of steamed bun or bread-like dumpling with various types of fillings. Growing up with a Chinese mother, I used to refer these as “bao” or “bau,” or by their Hawaiian nickname “manapua”. It is also very similar to the traditional Chinese mantou (Chinese: 馒头, pinyin: mántóu). Usually, they are filled with meat and/or vegetables, and there are several methods of preparing them but steaming is the most standard. Baozi is a staple food in China and you can find them anywhere.

Baozi are usually eaten, but not limited to, for breakfast. However, you can also eat them as a snack throughout the day. Nonetheless, very few people make it from scratch at home. Only until recently was I convinced that nobody would ever have the patience to make them. I was pleasantly surprised by the fact that so many people were interested in making baozi. And I was even more amazed by the fact that the cooking lesson of my baozi recipe was a success. I think I caught glimpses of dollar signs in the students’ eyes. 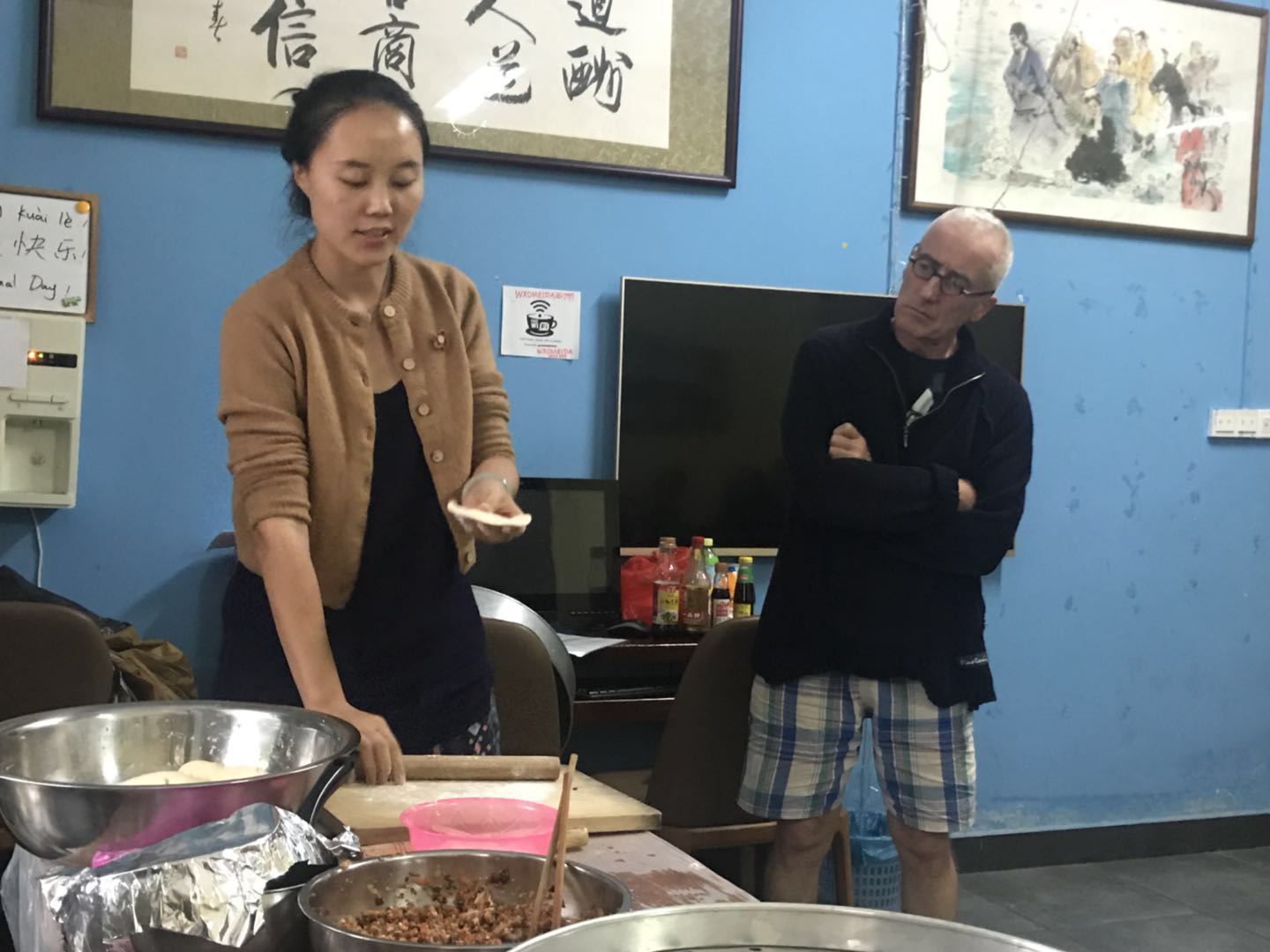 Teacher Phoebe showed us how to make baozi and how to steam them in the correct way.

How to Make Baozi?

It takes some elbow grease to make baozi, but it will definitely be worth it in the end.

It takes about 2–3 hours to prepare the dough.

7. When the dough is ready, transfer it to a flour-dusted surface.

9. Cut the logs again into 6 equal pieces and shape each piece into a ball. Make sure to coat the dough balls with flour.

10. Press down the ball with your palm. Use a rolling pin and flatten the dough into a round thin wrapper approx. 4 inches in diameter. When rolling, make sure the center of the wrapper is thicker than the edge. Repeat this step until you have a batch of 6 wrappers. You should have 24 wrappers in total.

The students are trying to make baozi by rolling the dough.

11. Take 1–2 tbsp of the filling and place it in the center of the wrapper. Try to stack up the filling so it’s at least 1 inch from the edge.

12. Wrap the bun by folding the edge inwards in a counterclockwise motion until it is completely sealed. Repeat this step for the rest of the wrappers.

Congratulations on Patti’s first baozi ever!

13. Place a sheet of parchment paper at the bottom of the bamboo steamer to prevent the buns from sticking. Assemble the buns with some space in between.

14. Almost finished! Don’t steam the buns immediately, but let them rest for another 30–45 minutes until they have increased in size. This is important in order to get soft and fluffy buns.

15. The heat from the steam will make the dough rise and cook thoroughly, and they will get a glistening surface when they’re done.

You can store the steamed baozi in airtight containers or freezer bags in the freezer. To reheat the baozi you can either steam them in bamboo baskets or use a microwave while covered in a paper towel.

In some parts of southern China, e.g. Shanghai, steamed buns are still called mantou. While in the north, people began to call them baozi, in which bao means “wrapping”. Another type of dumpling is jiaozi (Chinese: 饺子, pinyin: jiǎozi) and the texture is more similar to pasta than bread. The wrapping is thinner which means that you can help yourself to several servings before feeling too full. You can find jiaozi with basic fillings and also with unique combinations, such as lamb and carrot, egg and tomato, etc. There are several methods of preparing them: steamed, boiled, or pan-fried. Although they’re perfectly delicious on their own, dipping them in soy sauce, vinegar, chili, and garlic will certainly add more depth of flavor.