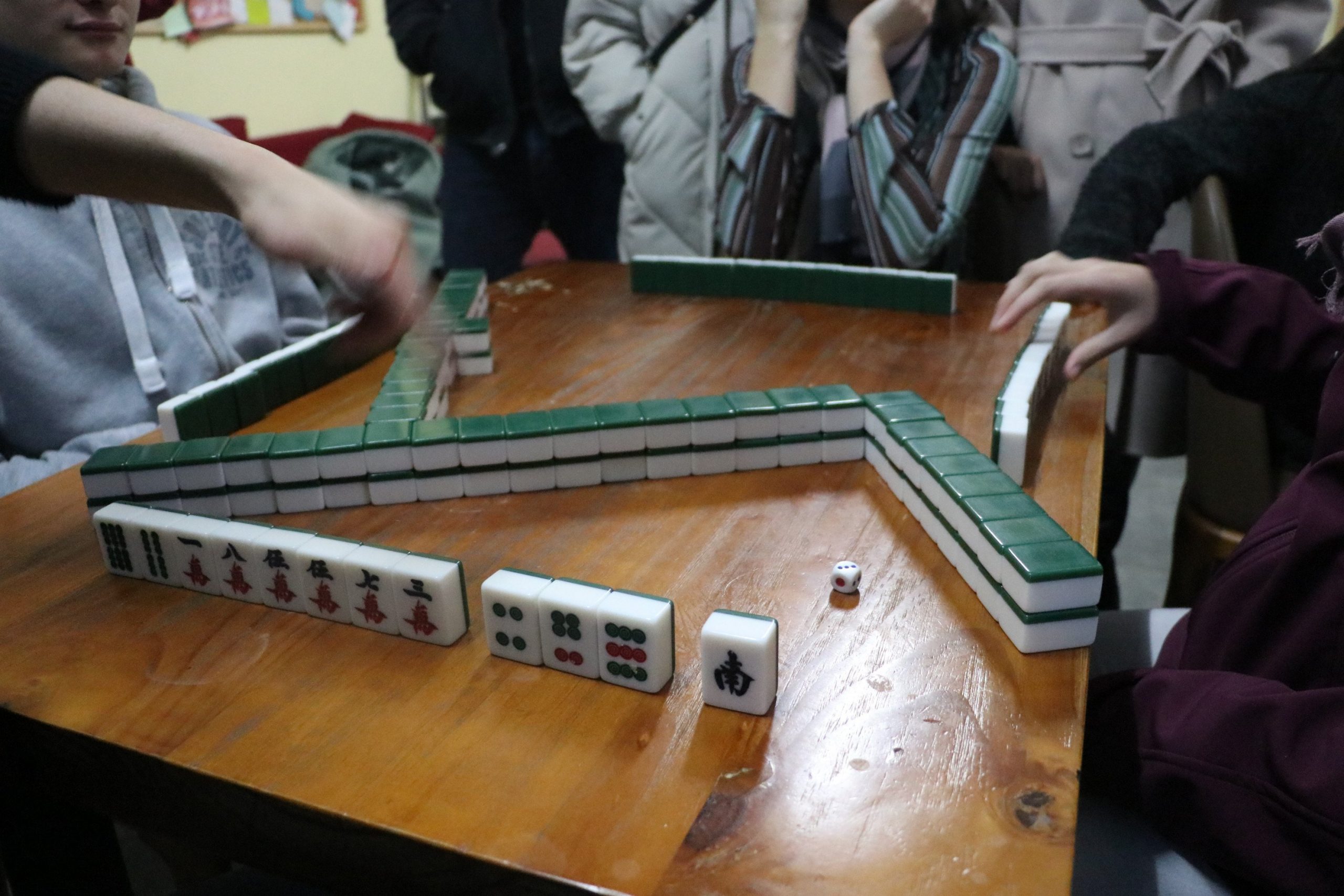 Learn How to Play Mahjong

Omeida Chinese academy organized a culture class teaching our Chinese students all about the game Mahjong. Mahjong tiles (Chinese: 麻將牌 or 麻雀牌; pinyin: májiàngpái; Japanese: 麻雀牌; rōmaji: mājampai) are tiles of Chinese origin. They are used to play mahjong as well as mahjong solitaire and other games. Although they are most commonly tiles, they may also refer to playing cards with similar contents as well.

Some say that in order to be good at Mahjong, the traditional Chinese form of dominoes, one must be familiar with Sun Tzu’s principles on warfare from his classic work, The Art of War. This is because the rules of Mahjong embody the essence of Chinese philosophy, strategy, and tactics. The history of playing Mahjong can be traced back to Ningpo, China, in the latter part of the 1890s. After its initial creation, the game quickly spread throughout the country. Amid sweeping popular appeal, different regions of China adopted their own unique variations of the rules.

What do the Mahjong tiles mean?

A set of Mahjong tiles consists of 144 tiles typically around 30 x 20 x 15mm. Traditionally, they are made from bone or ivory but modern sets are usually plastic. 36 Circle tiles in 4 sets of 9 tiles numbered 1- 9. The picture on each shows the appropriate number of circles. 36 Character tiles in 4 sets of 9 tiles numbered 1- 9.

The picture above shows the all the bamboos tiles. A sparrow or rice-bird often denotes the One Bamboo tile and doesn’t feature a bamboo at all. Red and green feature in the 1, 5, 7 and 9 Bamboo tiles. The other bamboo tiles only have green bamboos. The “suit” tiles are the Bamboo, Character and Circle tiles.

Tiles numbered 2 to 8 are the “minor” tiles. The “major” tiles are 1 and 9. The “honour” tiles are the Wind and Dragon tiles. Like many other traditional games, there are a wide variety of forms of playing Mahjong. This makes things somewhat difficult for anyone trying to find the definitive set of rules.

What are the rules for playing Mahjong?

The popularity of playing Mahjong has spread past China’s own borders. In 2005, the Netherlands held the first Open European Mahjong Championship with 108 players.

Is Mahjong hard to play?

Despite rules and tile markings that can seem complicated or confusing, many foreigners have fallen in love with the game and its many variations. The game’s popularity continues to grow in non-Chinese communities around the world.

If you come to China, try to find a Mahjong game and invite yourself in to play. Not only will it be a great chance to meet locals and add unique color to your experience of culture, the locals are likely to show you a trick or two!