If you take a poll around the world and ask them “Which language do you think is the most difficult to learn?”, most people will say “Chinese.” If you do a Google search, you’ll find that many linguistics websites rank Mandarin as the most difficult language to learn. But is learning Chinese really all that difficult?

How difficult is learning Chinese characters?

Not as hard as it seems. If you haven’t learned any Chinese characters yet, you might look at a character and see a combination of 10-30 random strokes. If you’ve been learning Mandarin for a while, however, you’ll look at a new character and see just a few familiar shapes, or radicals. There are a limited number of radicals, and they are reused in a different combination in each character.

Consider the image below:

If I showed you the “character” on the left, even though you’ve never seen it before, you would immediately be able to look away and copy it from memory. This is because the shapes that make up the character are already very familiar to you.

When you learn a new character, you won’t need to memorize all the strokes, you’ll just need to recognize which combination of radicals are used.

Do I need to be able to write Chinese characters from memory?

Although you may need to occasionally write your Chinese name, there are very few real-life situations where you will need to write Chinese characters from memory. When Chinese people communicate over WeChat or Email, they aren’t drawing the characters on their screen. They type using Pin Yin and select from an input system the characters that they want to use. This relies more on reading ability than writing ability.

Learning to write is still important in terms of learning strokes and stroke order, though. There are 37 different strokes used in writing characters, and general rules for which order to write them in. Once you’ve learned these, you’ll be able to look at any Chinese character and copy it down by hand. Memorizing how to write each individual character really isn’t necessary in everyday life.

How many Chinese characters do I need to learn?

A lot, but fewer than you might think. The highest level standardized Mandarin exam requires you to know 5,000 words but only 2,663 characters. Most Chinese words are made up of 2 different characters. These characters are reused in many different words, and often make logical sense. Sometimes you’ll be able to guess the meaning of unlearned word simply by looking at the characters.

医学 = the study of medical science

If you were studying English, you wouldn’t have any inclination that these words were related until you looked them up in a dictionary. You’d also need to memorize the spellings of each one. In Chinese, you might already know the meaning of 医, which would make memorizing these words much easier. This is the case with many Chinese words. By the time you’ve learned 100 characters, you’ve probably already learned 200-300 words.

No! Let’s look at the 2 factors that make up Chinese pronunciation.

It’s true that Mandarin Chinese is a tonal language. The 4 tones do take some time to get used to, but don’t let them scare you. After all, there’s only 4 of them. The tone will be clearly indicated in your dictionary or textbook.

Chinese uses a phonetic system called “Pin Yin” to dictate the pronunciation of a Chinese word. It shares the same 26 letters as English.

Granted, some of the letters in the Pin Yin system make a different sound than they do in English, e.g. C, X, Q, R, Z. But it’s a phonetic system that is simple for English speakers to adjust to.

In the English language, the 26 letters of the Alphabet can be arranged in over 170,000 combinations to create words. An English learner must learn the correct pronunciation for all of these words. In the Pin Yin system, however, there are only 412 combinations of these letters. Once you’ve learned how to pronounce these combinations, you’ll never need to learn a new pronunciation again. The same phonetics are recycled throughout the language.

For example, Chinese and English both follow a “Subject + Verb” order. But they don’t always agree on where to place a preposition in a sentence.

However, there is one amazing, blissful, miraculous difference about Chinese grammar:

If that doesn’t make sense right now, believe us. It’s an absolute dream.

How can I practice Chinese?

Chinese people are EVERYWHERE and are generally very friendly. No matter where you are, you can easily find someone near you or online to practice with. Chinese learners usually have no trouble making Chinese friends.

In China, the majority of the young population is learning English and very eager make friends with an English speaker. Our Chinese language school in China is an extension of an English school for Chinese natives. We pair up English learners and Chinese learners as language partners, and we always have a surplus of Chinese natives who want a partner. You’ll likely even have people on the street walk up to you and ask if you’d like to practice languages.

How do you look up a Chinese character in a dictionary? 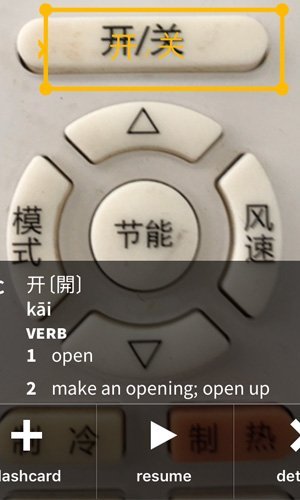 That’s all we’ve got. Did we convince you it’s not all that bad?

Remember, learning languages, in general, can sometimes make you want to rip your hair out. But we promise, you’ll still have plenty of hair left when you’re writing on your resume “Fluency in Mandarin Chinese.”

Looking for somewhere in China to learn Mandarin? Check out our guide on choosing the right Chinese language school for you.

The Most Effective Way to Learn Chinese