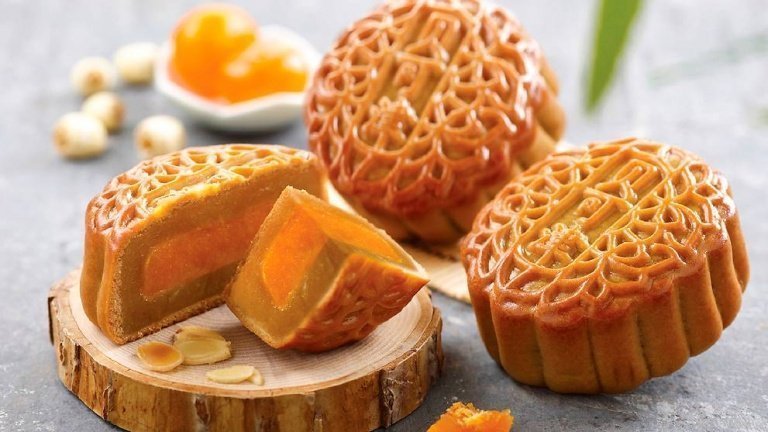 What is the Mid-Autumn Festival?

This Wednesday at Omeida Chinese Academy, teacher Icy gave a vivid culture lesson bout Mid-Autumn Festival and mooncakes. Mid-Autumn Festival is the second most important festival in China after Chinese New Year. To the Chinese, the festival means family reunion and harmony. It is celebrated when the moon is full. Chinese people believe a full moon is a symbol of reunion, harmony, and happiness. The Mid-Autumn Festival is a harvest festival celebrated notably by the Chinese and Vietnamese peoples. The festival is held on the 15th day of the 8th month of the lunar calendar with a full moon at night. This corresponds to late September to early October of the Gregorian calendar with a full moon at night.

How do people celebrate the Mid-Autumn Festival?

We introduced the history of this festival and explained the meaning of it. Due to ancient China’s cultural influence, the Mid-Autumn Festival has spread to other parts of Asia. However, the way in which different countries celebrate it varies. Traditional Mid-Autumn Festival mooncakes all have the same golden, chewy crusts. They also feature a few regular fillings like five kernels, lotus seed paste and jujube paste. In recent years, there appeared modern types of mooncakes. The most famous kind is the Ice Skin Mooncake from Hong Kong, with the crusts made of glutinous rice. Starbucks and Häagen-Dazs launched their own coffee mooncakes and ice-cream mooncakes too.

The Chinese have celebrated the harvest during the autumn full moon since the Shang dynasty (c. 1600–1046 BCE). Morris Berkowitz, who studied the Hakka people during the 1960s, theorizes that the harvest celebration originally began with worshiping mountain deities after the harvest was completed. For the Baiyue peoples, the harvest time commemorated the dragon who brought rain for the crops. Some people prefer to stay at home to celebrate the festival. Others like to go outside to have a closer contact with the bright full moon. Over time, some outdoor places become more popular, including ancient man-made sites, natural scenic areas, countryside and skyscrapers, etc.

What do mooncakes symbolize?

The Mooncake is the special food of the Mid-Autumn Festival. On that day, people sacrifice moon cakes to the moon as an offering and eat them for a celebration. Mooncakes come in various flavors according to the region. The moon cakes are round, symbolizing the reunion of a family. It’s easy to understand how the eating of moon cakes under the round moon can evoke a longing for distant relatives and friends. Nowadays, people present moon cakes to relatives and friends to demonstrate that they wish them a long and happy life.

Mooncakes are usually oily, so a cup of tea is a perfect “mate”. Generally, oolong is the best choice for salty ones and flower tea for sweet ones.

Making and sharing mooncakes is one of the hallmark traditions of this festival. In Chinese culture, a round shape symbolizes completeness and reunion. Thus, the sharing and eating of round mooncakes among family members during the week of the festival signify the completeness and unity of families.

In some areas of China, there is a tradition of making mooncakes during the night of the Mid-Autumn Festival. The senior person in that household would cut the mooncakes into pieces. Then, that person would distribute them to each family member, signifying family reunion. In modern times, however, making mooncakes at home has given way to the more popular custom of giving mooncakes to family members. The meaning of maintaining familial unity remains though.

We added different flavors and different shapes into it to make the mooncakes look more interesting.

Isn’t this is the cutest Mid-Autumn festival mooncake you’ve ever seen, or what? 祝大家中秋节快乐！