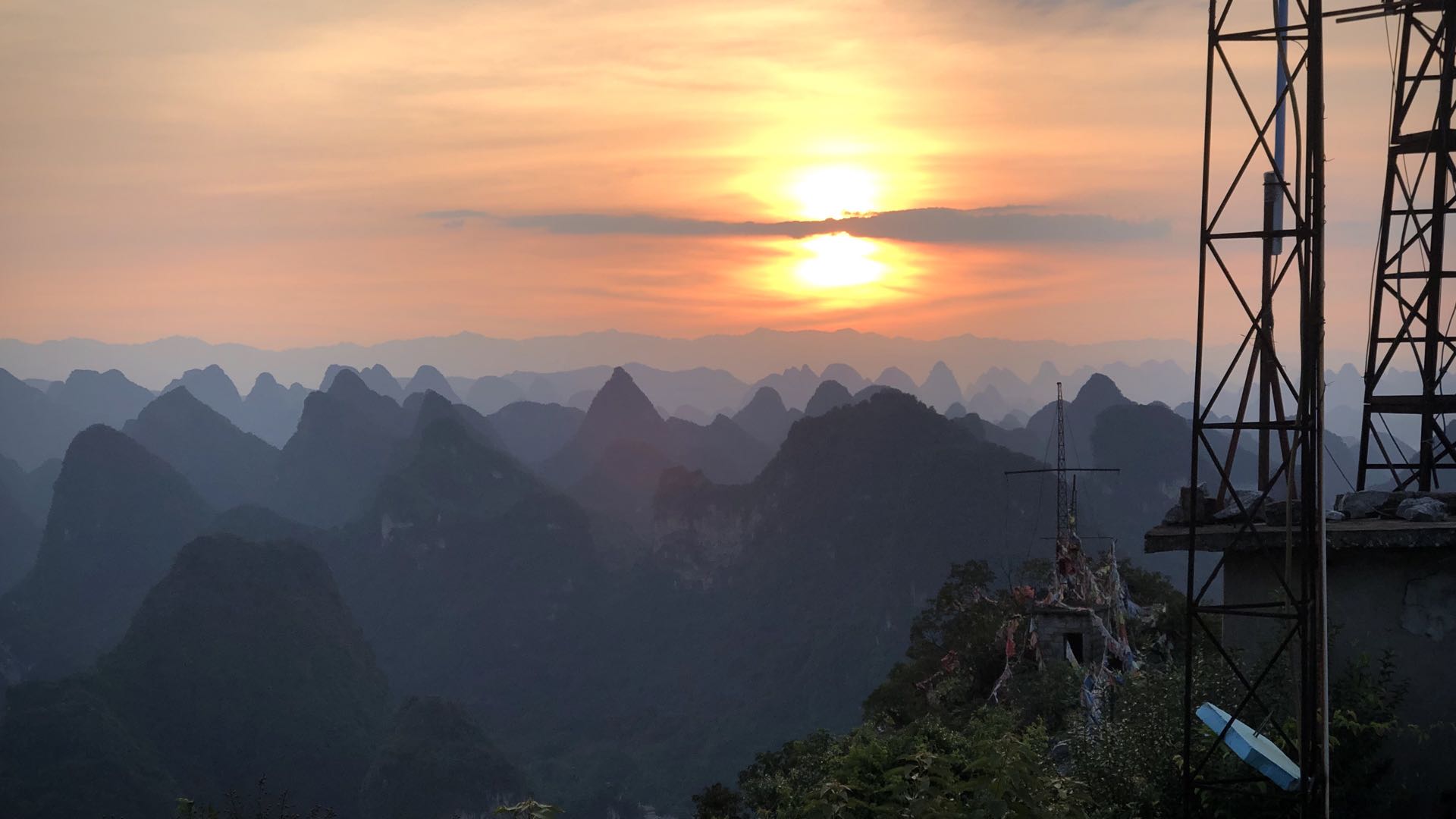 A Guide to Yangshuo TV Tower

The Yangshuo TV Tower sits atop a mountain overlooking West Street and the Li River. It can give you an excellent view of some of the most beautiful scenery in Yangshuo.

A view of the beautiful landscape which surrounds Yangshuo.

A view of Yangshuo

However, it can be a bit difficult to find the entrance to the mountain.

This article on Radventures has a great map and directions for Tv Tower.

The benefit of its hidden location though, keeps the mountain more free from tourists, and provides a more peaceful environment. The photo below shows the alley you’ll need to enter to get to the mountain.

How to Get to Yangshuo TV Tower

This alley is found near West Street while walking east on Pan Tao Road. The alley is called “Tian Ma Alley” and is visible on Apple maps. Pan Tao Road runs east and west on the south side of West Street. You’ll need to be on the southwest side of West Street. On the opposite site of the road you’ll see an ICBC bank. Turn into Tian Ma Alley and keep winding through the alleyway. Take each turn that slopes higher in elevation and you’ll eventually reach the entrance of the mountain.

The mountain is free to climb, but if you make it all the way to the very top, the owners of the Yangshuo TV Tower often charge 5元 for entry to the overlook.

When we reached the top, we couldn’t see the sunset because of the clouds. After a while the sun disappeared and everything became dark; the lights in Yangshuo town came on and the distant mountain was also visible by the light.

The sun has gone down and tomorrow it will rise from the other side, the same as it does every single day. However, the view from Yangshuo mountains and Yangshuo TV tower will always be different. Since Yangshuo TV Tower has become more popular, more and more people would like to claim that the environment has been destroyed little by little by carelessness and negligence. During our time here we have been picking up rubbish and even put some rubbish bins around, but this alone is not going to solve the problem- we hope that people can protect this precious environment in near future, and quickly!

If you’re planning to stay a while in Yangshuo or in the area, check out Omeida’s Part-time Mandarin program.

Can I Learn Chinese On My Own?