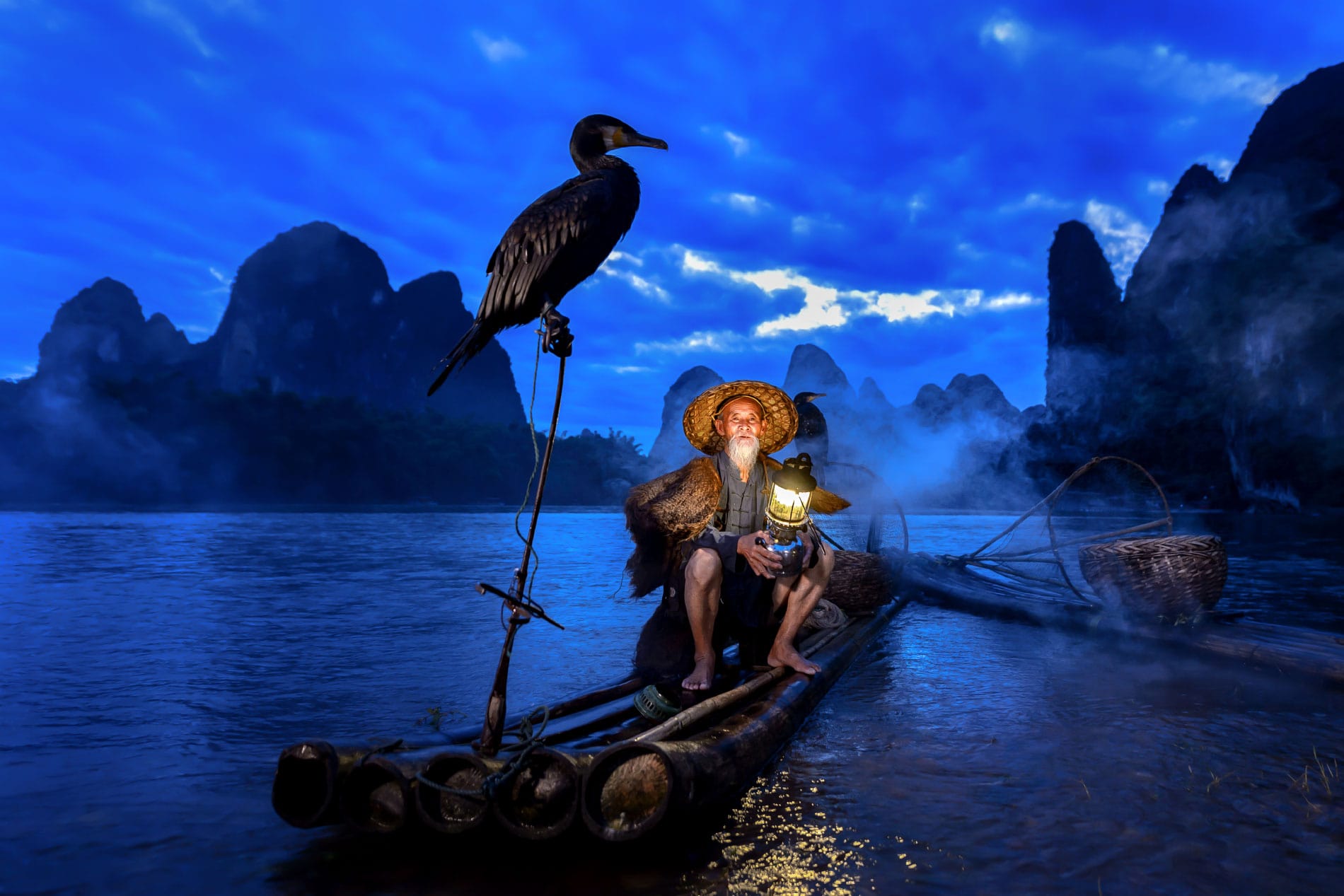 Last Saturday, students in Omeida Chinese Academy went on a XingPing cruise. Xingping, 25 kilometres northeast of Yangshuo, is located on the eastern bank of Li River. It is one of the most beautiful ancient towns along the river.

With a history of more than 1300 years, the historical and cultural relics in the town remain intact. Xingping Ancient Town was once the largest town along the Li River. It is now one of the most renowned ancient towns in Guangxi.

We were gathering around the dock waiting to get on the cruise, everybody was excited since it was their first time to go to on a Xingping cruise on the Li River. The scenery of Xingping is a highlight of Guilin Li River Cruise. Xingping has even been printed on the 20 Yuan RMB. More than 20 scenic spots along this stretch will show you the essential charms of Li River.

Happy people on the cruise, JuanJo, Margret and Chris (from left to right) were talking while enjoying the beautiful scenery outside the window.

Chris was getting on the second dock to get a better view. The Li River has been depicted in countless literature, painting, and photographing. In May 2007, it was ranked by National Tourism Administration as the AAAAA (highest ranking) scenic spot.

The river generally has three sections. Various attractions like peaks and villages along the river have interesting descriptive names, which calls for much of your imagination to see what it is like. Listening to tour guide’s legendary stories about the attractions is a delightful experience when you are appreciating the Xingping cruise. Most are mystical fairy and love stories.

Say ‘茄子’！！！The peaks, fields, villages that are man-made. In the second section, you can see a large number of green and peculiar-looking peaks. The Images of Nine Horses on the Mountain forms an unusual natural spectacle on the hillside.

Did you know the Li River Cruise from XingPing features in one of Monkey Abroad’s Top Things To Do In Yangshuo video?

Michael and Juan holding a fish catching fish on a stick, what a pose! The story behind the picture is hilarious, the fisherman says they both look like a genuine fish catcher in the ancient china especially with the willow hat on. I think Michael’s (the one in below) says it all.

The side view by the river looks like the Amazon forest, doesn’t it?

Overall, the XingPing cruise was an amazing success. Thanks everyone!

Visit another one of our weekend outings here.